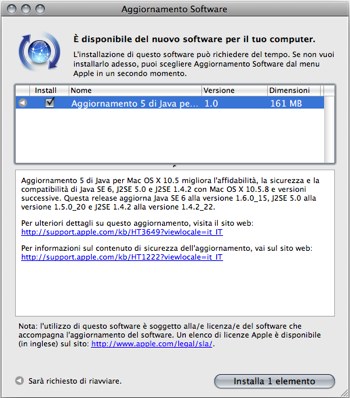 Since the decision was made (in mid-2008) to drop OJI and the JEP from what was at the time “the trunk”, Josh and I have assumed that 1) Apple would release their port of Sun’s Java Plugin2 around the time they released OS X 10.6; and 2) the first release without OJI/JEP would happen sometime in 2010 (i.e. well after Apple had released Java Plugin2).

Both of these assumptions have proved to be incorrect.

Josh has ruled out restoring OJI on the trunk, and I basically agree with him — OJI hasn’t been maintained for a long time, and there’s nobody both willing and able to maintain it.

This leaves re-writing the JEP so that it doesn’t use OJI. This is certainly possible. But it won’t be easy (particularly making sure Java-to-JavaScript and JavaScript-to-Java LiveConnect continue to work as before — as they do in Sun’s Java Plugin2 releases). I’d guess it’d take me about a month to rewrite the JEP not to need OJI, but it could easily take longer.